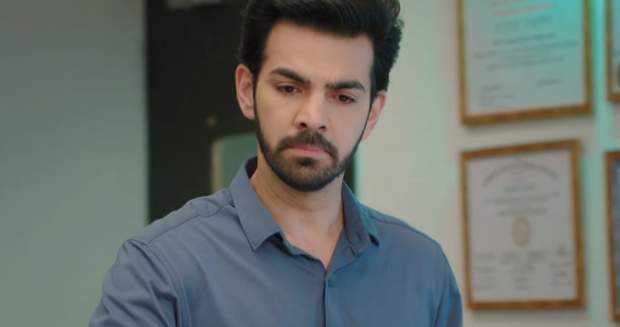 The agreement reads that Sonakshi will get 80 percent property if they get divorced. Sonakshi says the papers have changed as she signed on different papers.

Rohit further reads that the contracts state she will get 1 crore per month.

Veena and Badi Maa say that she signed papers in front of them. Nishi suggests that Sonakshi changed the papers when Naren brought them at home.

Rohit further accuses Suman of changing the papers. Rohit is also upset that Sonakshi didn’t tell her about a prenuptial agreement. He also refuses to trust her.

Nishi accuses the morals and ethics of Sonakshi. Nishi also suggests calling the police and Sonakshi is not at all scared as she has done nothing.

Rohit refuses to let Nishi call the police while Sonakshi feels lonely in the whole house. Later, Sonakshi meets Mr. Irani in the police station who is Naren’s personal lawyer.

Sonakshi also gets an idea from the police that Naren’s case might be a murder attempt. Irani says that Naren was happy about Sonakshi caring for the family.

The police also learn that Nishi is the second executive of the property. Police explain why he thinks the case is a murder attempt. Irani also wants Sonakshi to take charge.

Rohit and Sonakshi later miss the happy moments spent with each other.

© Copyright tellybest.com, 2018 & 2019. All Rights Reserved. Unauthorized use and/or duplication of this material without written permission from tellybest.com is strictly prohibited.
Cached Saved on: Sunday 5th of April 2020 11:50:44 PM