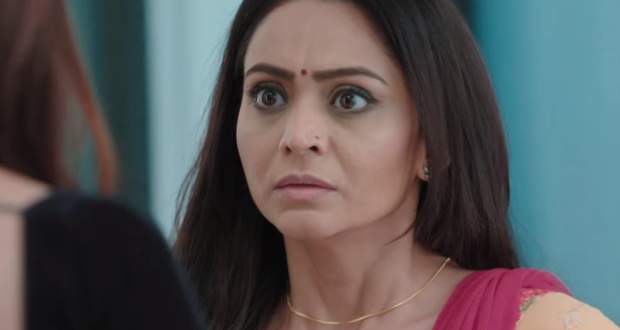 Today's Kahaan Hum Kahaan Tum 30 Dec episode starts with Sonakshi asking Rohit why he is upset. Rohit lies and says that he is upset about a patient as his family did a mistake.

Sonakshi assures Rohit that he can find the solution to any complication. Rohit feels happy that he has Sonakshi in his life.

Later in the morning, Naren tries to console his friend Pradeep but he doesn’t listen to him. Naren is upset with Sonakshi’s outburst and Sonakshi overhears this.

Nishi, on the other hand, is worried about Rani while at the same time; Rani comes and takes her bracelet. She again blackmails Nishi and takes the bracelet.

Sonakshi gives coriander chutney for Naren’s BP while Naren refuses to eat it. Later, Rani bumps into Sonakshi and the bracelet falls on the floor.

Rani lies that Nishi gave her the bracelet. She takes Rani along to Nishi and YK’s room and confronts Nishi about giving the bracelet to Rani.

Sonakshi doesn’t want Nishi to give expensive things to Rani and asks her to return it to Nishi. Meanwhile, Veena is upset with Naren’s anger.

Rohit tries to console Veena about the situation. Sonakshi also tries to convince her to believe that everything will be alright.

Pooja makes Chinese with Rani and Pooja says she is going for a Vikas Sharma party. Nishi doesn’t want her to go while Rani tries to create a rift between them.

Sumit is shocked by Sonakshi’s decision and doesn’t want her to give up.

© Copyright tellybest.com, 2018 & 2019. All Rights Reserved. Unauthorized use and/or duplication of this material without written permission from tellybest.com is strictly prohibited.
Cached Saved on: Saturday 18th of January 2020 01:02:08 PMCached Disp on: Thursday 23rd of January 2020 07:18:56 AM