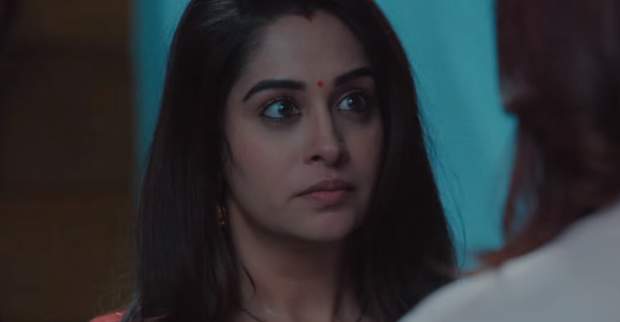 Today's Kahaan Hum Kahaan Tum 4 Feb episode starts with Sonakshi coming face to face with Rohit. Sonakshi refuses to talk to him but Rohit wants her to come along with him and takes her into his arms.

Rohan takes Tanya for ice cream while Pari comes in the car. She threatens to kill Tanya and suggests that Rohan has come just for money. She further challenges her that Rohan will come back to her.

Rohit takes Sonakshi to the hospital to meet Preeti. Rohit and Sonakshi start arguing in front of Preeti while Preeti wants Rohit to apologize.

He is compelled to apologize while holding Sonakshi’s hand. Preeti also asks him to say I love you to Sonakshi. Rohit and Sonakshi confess their love.

Nishi shows her anger towards Sonakshi in front of Aakash and Deepa. Later, Sonakshi gets scared to see Nishi in her darkened room.

Nishi enquires about her presence in her room and gets angry. She tries to call Rohit to complain against Sonakshi but Sonakshi reveals that she knows her actions.

She also says that the police have the writing pad on which she or YK practiced her signatures. She pushes Sonakshi with the same left hand and Sonakshi realizes that Nishi is the culprit.

Sonakshi reveals that police have proofs against her and threatens to get her arrested. Nishi sees Veena outside the room and acts as if Sonakshi is threatening her.