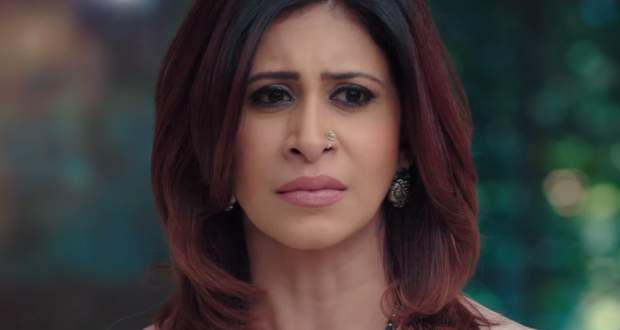 Today's Kahaan Hum Kahaan Tum 5 Feb episode starts with Sonakshi revealing the truth in front of the whole family. Nishi acts of being innocent and is ready to take the blame on herself.

YK and Pooja also get upset with Sonakshi for suggesting such a thing. Sonakshi tries to prove that Nishi killed Naren and gives an explanation that Nishi will get the power of the whole property if something happens to Naren.

Sonakshi wishes to bring police while Veena still believes Nishi. At the same time, Rohit arrives and says that he trusts Sonakshi and supports her.

He says that Sonakshi should get a chance to talk. Veena gets ready to give her a chance on the condition that if Sonakshi is proven wrong, then he will do as Veena says.

Sonakshi blames Nishi for the accident of the inspector. Meanwhile, Mahesh takes all the proof from the inspector while Sonakshi is again proved wrong.

Sonakshi reveals that Naren was pushed by a left-handed person. She says that someone in the next building had shot the video and she must have it.

Mahesh is working for Nishi and has kidnapped the girl and bribed the watchman. Rohit reveals that the girl is not in Mumbai for the past 15 days.

Sonakshi and Rohit are interrupted by going to the police station but Nishi again starts acting and attempts suicide. Later, Nishi calls Mahesh and asks about the plan.

Upcoming Kahaan Hum Kahaan Tum episode update: Rohit reveals that he has seen all the proofs against Nishi.