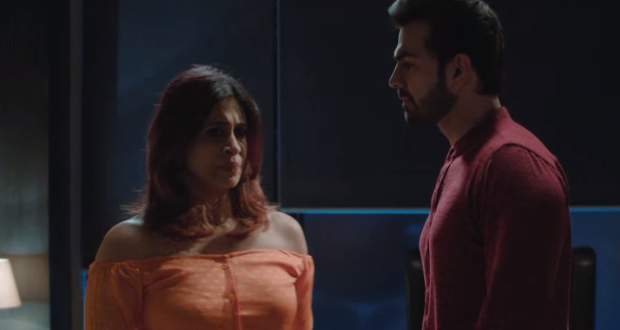 Today's Kahaan Hum Kahaan Tum 6 Feb episode starts with Rohit wanting to talk to his father. Veena asks Deepa to make some papers and later wishes to sit with Naren.

Meanwhile, Nishi confronts Sonakshi and is happy with her victory. She declares that she will not spare anyone who comes in her way.

Sonakshi calls her a coward and is confident that she will succeed in revealing the truth. Nishi challenges her that within 24 hours Rohit will throw her out of the house.

Ajit comes to meet Rohit to give him clarity about the truth. Meanwhile, Mahesh is angry at Sonakshi for choosing Rohit.

Rohit gets angry at Ajit for lying and slaps him multiple times. At the same time, Nishi asks Mahesh to check the proofs against her while the proofs are sent to Rohit throw courier.

She learns that the courier guy is out for delivery. Later, Sonakshi catches Nishi sneaking out of the house and confronts her. Sonakshi reveals that Rohit is with her as Ajit told him the truth.

Meanwhile, Pari gets some pills from her friend for Tanya’s baby. Later, Nishi receives the courier but finds medicines inside. She learns that a parcel is in his cabin.

Nishi finds the envelope but later sees the video of her pushing Naren playing on the TV. Rohit reveals that he has learned the truth.