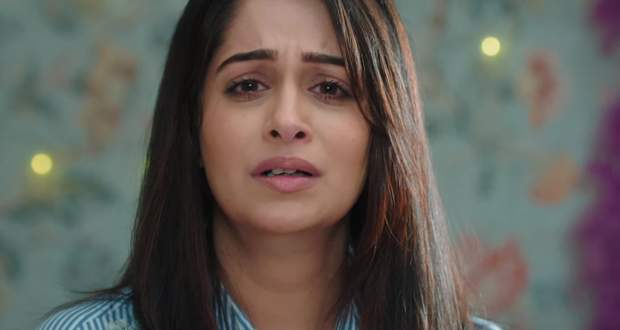 Today's Kahaan Hum Kahaan Tum 6 Mar episode starts with Nishi doing a press conference to talk about the antidote. The media asks about Sonakshi while Nishi takes the credit of the procedure.

The patient’s relatives thank Sonakshi for saving their loved ones. Meanwhile, the doctor is shocked by Rohit’s deteriorating as an antidote was given.

Meanwhile, Sonakshi wishes to meet Rohit but Veena and Nishi ask her not to show false concern. Nishi asks Suman to take Sonakshi and leave.

Rohan brings Pari home while Tanya gets angry. Rohan assures her that Pari will stay with them till her delivery and will give her baby to them.

Veena gets disturbed and believes that Rohit’s condition is because of Rastogi’s curse. Meanwhile, Sonakshi is upset that she didn’t recognize Rohit’s love.

Sonakshi gets worried about Rohit and calls Tulsi to ask for her health. Tulsi tells her that Rohit is not recovering and doesn’t have much time.

Sonakshi gets suspicious of Nishi’s intentions and decides to use her acting to expose Nishi. She dons the avatar of a nurse and enters Sippy hospital.

Nishi finds her lurking around Rohit’s room while Sonakshi acts as a south Indian nurse. Sonakshi slaps Nishi for asking too many questions.