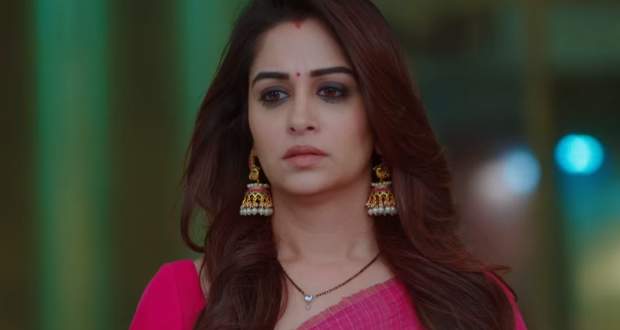 Today's Kahaan Hum Kahaan Tum 7 Jan episode starts with Rohit bringing ice cream for Sonakshi. They share the ice cream and get romantic. Rohit starts joking about having kids while Sonakshi wishes to talk about Rani.

Sonakshi apologizes to Rohit for bringing Rani in Pooja’s life. Sonakshi gets a call from Netra and is asked to come as soon as she can.

Meanwhile, Rani is desperately searching for something to find her Sitaara. Pooja arrives at the same time and asks what she is doing in Rohit’s room.

Rani starts shouting at Pooja and is about to slap her when Naren stops her. Naren rebukes Rani and later calls Veena and reveals everything. Veena says she will talk to Rani.

Pari arrives and mocks Pooja for being the daughter of a robber. Meanwhile, Netra shows Sonakshi that Rohit was talking to Rani during her scene.

Sonakshi is first shocked but then ignores it in front of Netra. At the same time, Pari assures Tanya that she will find out who is having an affair with Rohan.

Rohan reveals that Tanya has placed a tracker in his car. Elsewhere, Sonakshi knows that Rohit lied to her and that he is hiding something from her.

Later, Rani creates a scene to get her daughter back. She starts bringing Sonakshi in the whole scenario while Pooja is really hurt with her harsh words.

Pooja is ready to throw Rani out of the house and Rani leaves.