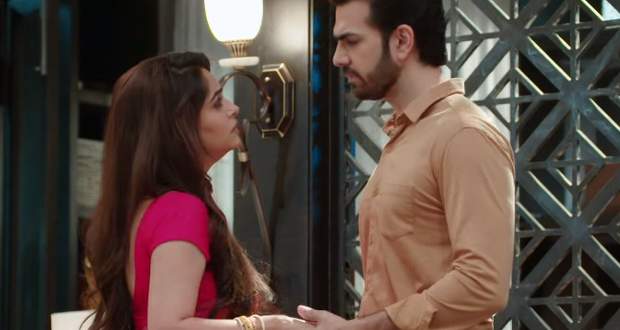 Rohit asks Naren to stop blaming his wife and reveals that Sonakshi has left her job for his ego. Rohit further says he doesn’t support her decision.

Naren is not ready to believe Sonakshi can leave her career while Veena tries to make him understand. He thinks Sonakshi is doing a drama.

At the same time, Nishi arrives and wants to cheer up Pooja. Veena decides to throw a party for Pooja while Naren is still negative.

Later, Suman starts blaming Naren for insulting Sonakshi while Sonakshi calms her down. Sonakshi asks Rohit why he met with Rani the other day.

Meanwhile, Rohan tries to threaten Tanya indirectly by telling his friend’s story. Tanya is not afraid and calls Rohan stupid.

Rohit tries to manipulate Sonakshi while Sonakshi knows Rani was doing the acting. Rohit distracts Sonakshi and gets romantic with her. He gets a call from the hospital asking to come urgently.

Everybody at the Sippy family tries to cheer Pooja up while later Sonakshi decides to go to the hospital to meet Rohit. Meanwhile, Rohit gives the money to Rani and asks her to leave.

Sonakshi finds Rani in Rohit’s office and Rani reveals the truth of Rohit kidnapping Sitara and bringing her as Pooja’s fake mother.

Sonakshi rebukes Rani and asks her to stay away from the Sippy family.

Upcoming Kahaan Hum Kahaan Tum episode update: Rohit wants to tell Sonakshi the truth as she is not talking to him.

© Copyright tellybest.com, 2018 & 2019. All Rights Reserved. Unauthorized use and/or duplication of this material without written permission from tellybest.com is strictly prohibited.
Cached Saved on: Thursday 30th of January 2020 05:21:16 PMCached Disp on: Tuesday 18th of February 2020 11:38:05 AM