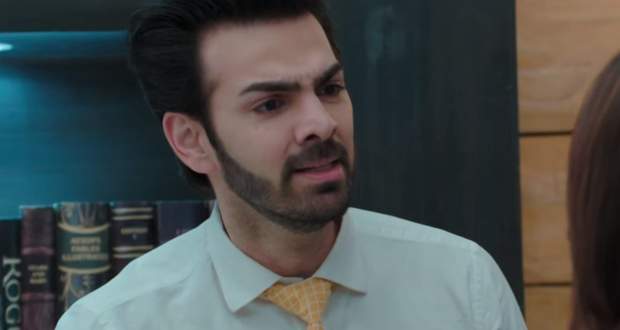 Today's Kahaan Hum Kahaan Tum 9 Jan episode starts with Sonakshi getting mad at Rohit for lying to her. She is not happy with him for making fake stories and not trusting her.

Sonakshi is upset with Rohit manipulating her and making plans. She says she has blamed herself for bringing Rani while Rohit apologizes to her.

Sonakshi is shattered and cries in her room. Meanwhile, Rohit is also upset and starts drinking. They both sleep without talking to each other.

The next morning, the Sippy family is all set to celebrate the new Year day while Pari arrives. Rohan asks Pari why she came as it is a holiday while Pari wanted to show him designs.

Deepa has already told Tanya about Rohan’s affair with Pari and Tanya is trapping them in her game. Veena asks Pari to stay for the party.

Rohit is upset as he has hurt Sonakshi while Nishi doesn’t want him to tell Sonakshi anything. Sonakshi ignores Rohit while asks Pari to respect family feelings.

Later, Pooja and Ajit arrange a game for couples while Naren and Veena win the first game. The second game is not suitable for Tanya and Naren gets mad at Ajit.

Rohit takes Sonakshi in their room and wants to talk. Sonakshi knows that he is trying to protect Veena and deduces that Naren is the biological father of Pooja.

Rohit doesn’t want Veena to get hurt as she loves Naren a lot.