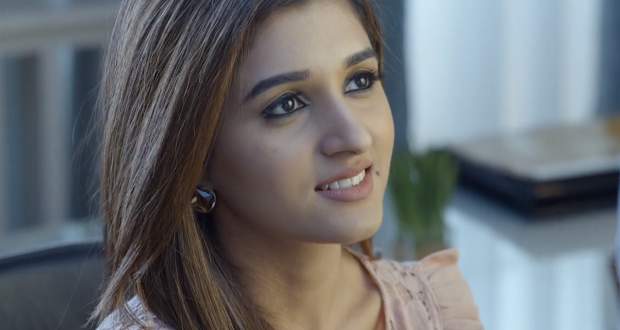 Today's Kartik Purnima 15 Feb episode starts with Soni getting angry at Purnima and slapping her. She thinks Purnima is a servant and asks Beena to get her to apologize.

Beena doesn’t let Purnima speak and asks her to apologize. Purnima apologizes while Soni asks her to throw her slippers out of the house.

Purnima is forced to do it for the sake of Shanaya. Beena apologizes and says she will fire Purnima. Meanwhile, Shanaya gets injured on purpose to meet Dr. Kartik.

Kartik gets shocked to see Shanaya and treats her wound. Shanaya confesses her feelings for Kartik and says she wants to marry him instead of his brother.

Kartik refuses to marry her as he doesn’t have any feelings for her. He states that Sumrit likes her while Shanaya says she will say no to the relation.

Soni refuses to eat anything and just needs to talk about Shanaya and marriage. Soni states that Shanaya should not take part in any contest and should be just Soni Mehra’s daughter-in-law.

She asks them to come the day after tomorrow for the Roka ceremony. Soni further gives tip to Purnima and insults her because of her dark complexion.

Later, Purnima’s scooty collides with Kartik’s car and she accuses him of lying to her. She remembers he complimented her eyes while Soni insulted her dark-colored skin.

Purnima reaches the temple and wants to know why people discriminate on the basis of skin color.