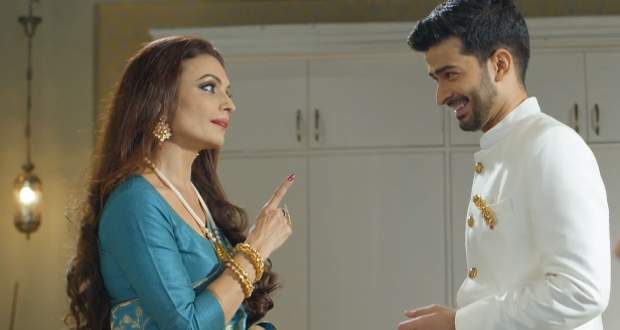 Today's Kartik Purnima 22 Feb episode starts with Soni deciding to put the focus on Sumreet and Shanaya’s engagement. Meanwhile, Purnima is upset because of Soni’s behavior and Bebe asks about her upset state.

Purnima lies and reveals she is upset about Shanaya leaving the house after marriage. Bebe wishes that Purnima also gets settled before she dies.

Meanwhile, Kartik is disturbed to remember her mother’s behavior towards Purnima. He also feels bad for Purnima and wishes to call her.

Soni arrives in the room at the same time and is proud of her choice for Sumreet as she is fair. She further tries to explain her anger towards the black color.

Later, Purnima refuses to go for the engagement while her father wants her to come along. Beena gets happy that Purnima is not going with them.

Soni gets upset that Shanaya and her family are late. She further gets upset when they arrive with Dhol and asks Babli to stop them.

Babli gets them to stop and welcomes Shanaya in the house. Beena gets excited to see such a big house and is happy for her daughter Shanaya.

Later, Purnima gets happy to learn that her kids have scored good grades in English. Kartik asks from Biji about Purnima and learns she is not well. Purnima finds the engagement ring under Sofa and gets worried.