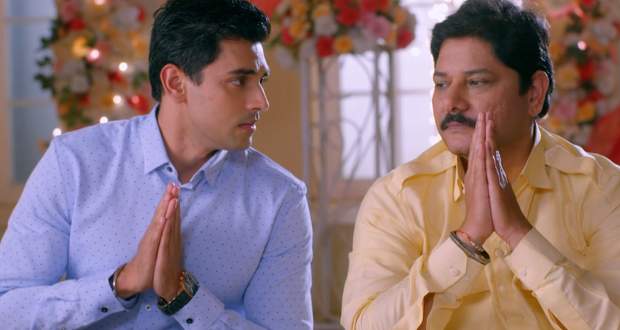 Today's Kartik Purnima 26 Mar episode starts with Purnima getting surprised by Biji with her favorite food. They get emotional as Purnima will leave soon for Canada.

Kartik asks Kohli to get background information about Vicky. Kartik learns that Vicky has got Purnima’s property transferred in his name.

Purnima’s family leaves for the Pooja at Soni’s house while Purnima ignores a call from Kartik. Kartik calls from landline number to tell her the truth but she doesn’t listen to it as she gets distracted.

Purnima’s phone breaks and she is not able to listen to anything. Kartik is about to go meet Purnima but Soni asks him not to go out. Meanwhile, Purnima feels restless and shares with her mother.

Kartik tries to tell Kuldeep about Purnima’s life and reveals Vicky is not the kind of guy he thinks he is. Bebe sees them leaving and gets suspicious.

Purnima finds a red saree in her cupboard and thinks of Kartik. Elsewhere, Kartik starts explaining Vicky’s reality to Kuldeep. Bebe is not able to hear them and calls Vicky to handle it.

Purnima welcomes all the kids she teaches and also receives gifts from them. The kids ask Purnima to close her eyes but she sees Kartik instead. She further sees K written on her hand.

Upcoming Kartik Purnima episode update: Purnima is attacked by Vicky while she slaps him.

© Copyright tellybest.com, 2018 & 2019. All Rights Reserved. Unauthorized use and/or duplication of this material without written permission from tellybest.com is strictly prohibited.
Cached Saved on: Thursday 2nd of April 2020 02:44:52 PMCached Disp on: Friday 3rd of April 2020 05:12:21 PM