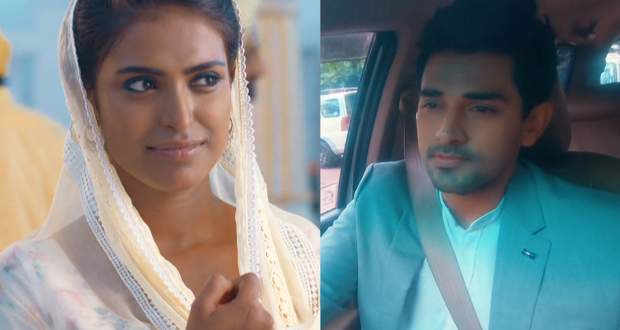 Today's Kartik Purnima 8 Feb episode starts with Purnima is scared of the needle while Kartik enters the room. Kartik injects a special needle that does not hurt.

Kartik gets confused when he learns that Kanchan is their only daughter and Purnima is not related o them. Later, Kartik and Purnima are unable to see each other.

Soni gets upset with Babli first and then further fumes in anger to see black mannequin which reminds her of Purnima. Meanwhile, Beena gets happy to learn that Soni has sent a marriage proposal for Shanaya.

Bebe also gets excited to learn the news. Purnima also comes and gets happy to learn the same. The mediator tells them that they are coming tomorrow and reveals there is a problem.

Soni is made at the worker and reveals her distaste for black color. The mediator also reveals to Beena that Soni hates black color.

Beena asks Purnima to not tell her father and grandmother about Soni’s condition. Later, Soni refuses to go to Shanaya’s house and asks Kartik to go.

Shanaya is not ready to get married as she wants to become Miss India. Later, Purnima is stopped by traffic police as her helmet is broken.

Purnima doesn’t have money so she had to leave the scooty. Kartik reaches there are decides to help her. He talks to the traffic police officer and asks him to give the scooty to her.

Kartik is happy to help Purnima while Purnima is happy about Shanaya’s marriage.