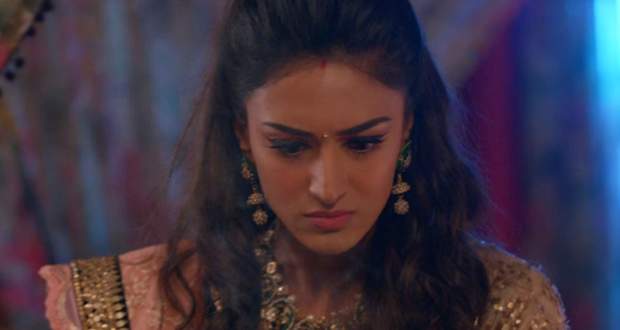 Today's KZK2 10 Feb episode starts with Komolika hiding behind the wall from Anurag. Meanwhile, Veena is preparing for the engagement while Anurag calls Sonalika.

Anurag asks her to get ready and leaves in a car. Komolika leaves in Ronit’s car and asks for updates. Elsewhere, Prerna is sure something is wrong with Anurag’s medicines.

Prerna gets ready but is not able to find her footwear. She decides to get it in Anurag’s car from the market. She feels someone’s presence but is unable to see anyone.

Mohini and Komolika arrive at the venue and greet Viraj’s family. At the same time, Shivani and Daadi along with other Sharma family members arrive.

Daadi meets Viraj but doesn’t seem pleased. Meanwhile, Prerna sits in the car and Anurag arrives at the same time. Anurag says he will go while Prerna pleads to go with him.

However, Anurag leaves alone while Ronit thinks Prerna left in the car. Elsewhere, Komolika declares in front of Viraj that Prerna will die on her way.

Anurag feels weird about Prerna getting married while Prerna gets worried when Anurag’s photograph falls down. His photograph further catches fire while Anurag is unable to stop the car.

Upcoming season 2 Kasauti Zindagii Ki (KZK 2) episode update: Shekhar learns about Prerna being in danger while Prerna is out to search for Anurag.