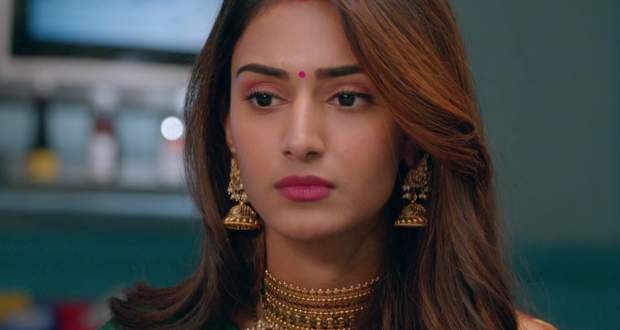 Today's KZK2 10 Jan episode starts with Anurag looking at Prerna and getting unconscious. Anurag is rushed to the hospital and he continues to hold Prerna’s hand.

Komolika points to Veena that Viraj is not happy with Prerna and Anurag’s closeness. Veena wants Prerna to talk to Viraj while she refuses to have any conversation.

She further warns her that she will lose everything. Prerna says she will never leave Anurag even if everybody leaves her. The nurse arrives and says Anurag is asking for Prerna.

Anurag meets Prerna and has released that they had a special bond and were really close. He asks Prerna why she was hiding this while at the same time, Nivedita arrives and tells Prerna that Veena has fallen down.

Prerna comes outside and finds her mother perfectly fine. The doctor informs that Anurag’s report says that he will soon remember everything.

Moloy and Prerna are the happiest while Komolika gets scared. Later, Veena wants Prerna to forget about Anurag and concentrate on Viraj.

Prerna confronts Komolika and mocks her about being with Anurag again. She also tells her about Anurag realizing that the girl going away was Prerna.

Anurag meets Prerna and tells that he has remembered they were more than just friends.