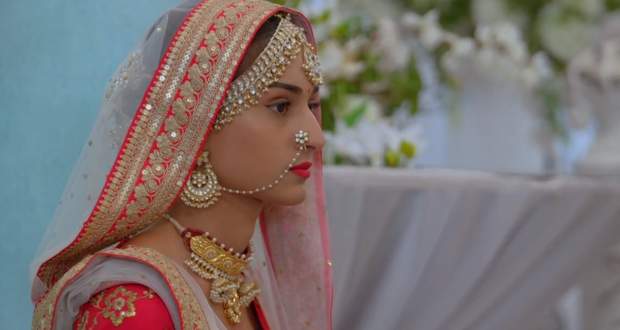 Today's KZK2 10 Jul episode starts with Pandit telling Anurag he can’t meet Prerna before marriage. He gets restless to learn this.

Meanwhile, Prerna is brought in her room to get ready. Mr. Bajaj offers some gifts, but Prerna doesn’t accept anything.

At the same time, she receives a call from Anurag telling her about his love and excitement of finally getting married.

He tells her to get his initials written in her Mehendi.

Later, Anurag comes with tons of bags after shopping for Prerna. Mohini gets emotional to see his excitement.

Prerna learns Mr. Bajaj was planning the wedding for five days. She is also told Bajaj is aware of her various likes and dislikes.

At Basu house, everyone is celebrating the occasion with dance and Mehendi. Anurag gets to know about the relation between love and colour of Mehendi. He gets Prerna’s initials on his hand.

Prerna also asks to write A on her hand. She confronts Mr. Bajaj about how he got her information. He tells her that he is interested in anyone who gets into a deal with him. He changes the letter A into letter R on her hand.

Mr. Bajaj also helps her receive Anurag’s call. She demands to talk to him alone. Anurag tells her about how deep the colour of Mehendi is on his hand.

He wishes to meet her but remembers the ritual of not meeting the would-be wife.

Prerna hangs up the phone and is asked to get ready for rituals.

Mr. Bajaj and Prerna leave for the temple while Anurag can’t wait to see his bride.