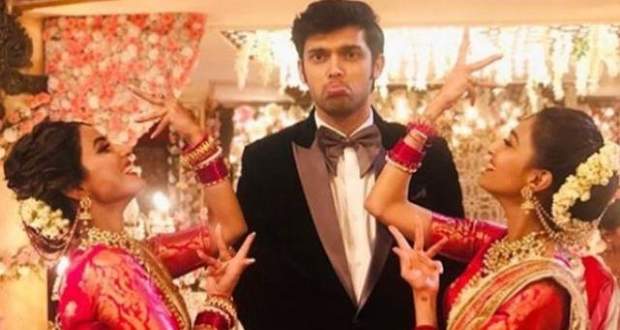 Today's KZK2 10 May episode starts with Mohini showing the room clipping to Prerna. She curses Prerna for putting her family’s reputation at stake.

Nivedita and Mohini curse Prerna and her mother’s ideals. Prerna says all this is fake and she is innocent.

Komolika asks Prerna not to act innocent as everyone is aware of her character. She adds that she is trying to destroy the Basu family.

Komolika calls Prerna shameless and says God has taught her a lesson by exposing her. She states that her parents will be ashamed of her.

Prerna says her drink was spiked and that is why she lost her conscious. Komolika says her acting is evident.

Anurag stands in Prerna’s support by saying that he trusts Prerna. He states that he believes her.

Anurag says he trusts that Prerna can never betray anyone and his heart says that she is innocent. Mohini asks Prerna to leave the house.

Mohini questions Anurag for always supporting Prerna. Anurag says that because of love he trusts Prerna.

Anurag says that Prerna loves him a lot. Komolika says all this is Prerna’s trap. Anurag counters her by saying that his heart knows that Prerna is innocent.