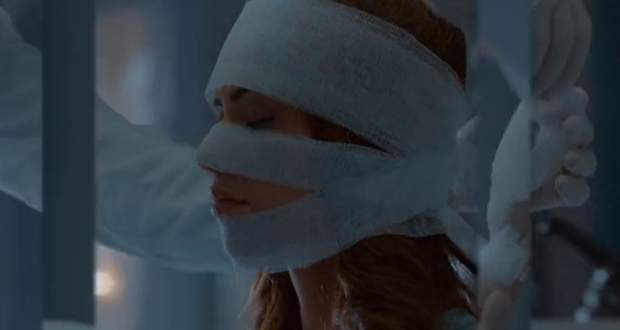 Today's KZK2 10 Oct episode starts with Prerna saying that Bajaj never changed and kept his promises. Bajaj shows his nice side in front of Prerna.

Anurag tries to explain himself but Prerna still doubts him. Meanwhile, Bajaj is delighted with his plan and knows Prerna will break her ties with Anurag.

Prerna continues to believe Anurag has chosen the wrong path. At the same time, Anupam arrives and blames Prerna for everything.

Anurag gets angry at Anupam and pushes him on the ground. Meanwhile, a girl is shown in a hospital, who has recently gone through plastic surgery.

Prerna further says Bajaj is trying to protect Anurag and keeping his promise. Later, Bajaj finds Prerna crying and says she always get pain after talking to Anurag.

Bajaj tries to pacify Prerna and says he can’t see her in a painful state. He further says Anurag has to stop and move on.

Meanwhile, the doctor tells Komolika that his face was severely damaged after the shark attack and they had to do plastic surgery.

© Copyright tellybest.com, 2018 & 2019. All Rights Reserved. Unauthorized use and/or duplication of this material without written permission from tellybest.com is strictly prohibited.
Cached Saved on: Tuesday 14th of July 2020 03:00:26 PM