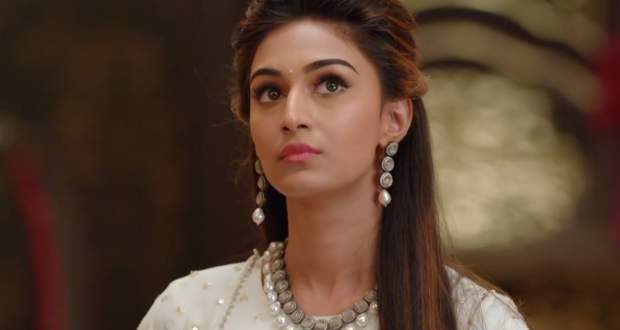 Today's KZK2 10 Sep episode starts with Kukki asking Prerna why she was shouting Anurag’s name. Prerna says she is not well and asks Kukki to let her rest.

In the morning, Bajaj shows Prerna her photograph on the cover page of a business magazine. He further reveals that she has been praised a lot for her skills in the magazine.

Prerna leaves to show the photograph to Anurag. Bajaj learns from Kukki that Prerna was shouting Anurag’s name. Meanwhile, Komolika decides to give love to Anurag and tries to get close to him.

Anurag tries to ignore her while later she calls Prerna characterless. Anurag gets angry and says Prerna is not Bajaj’s wife for him. He calls Prerna his and warns Komolika to not speak against her.

Komolika gets upset while Anurag asks her to not try and be like Prerna. Later, Prerna reaches Basu Badi while Anurag is not able to see her as his eyes are closed.

Anurag leaves while Prerna enters the house. Prerna asks about Anurag while Mohini reveals he is not home. Prerna sees Komolika and shows her the magazine.

She further reveals that the magazine states Prerna has won against Anurag. She also reveals that she is going to get nominated for a prestigious business award.

Prerna asks her to get the papers while Nivedita confirms if she really wants to do it without asking Anurag.