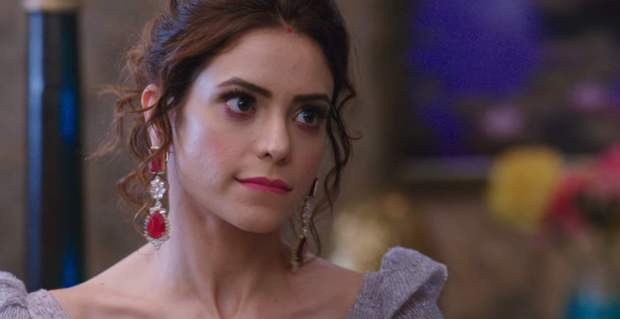 Today's KZK2 11 Dec episode starts with Prerna asking the police to search in the study room. Anurag again apologizes while Moloy gets angry at Mohini and Nivedita for calling the police.

At the same time, Anurag and Prerna arrive along with the police and reveal that they didn’t find any bag. Anurag asks the police to check the house for the bag of money.

The police find the bag full of money in Basu house. Prerna confronts Komolika and mocks her about getting insulted. She further reveals how she saved herself.

Moloy suggests Komolika apologize to Prerna while Anurag also asks her to say sorry. Later, Komolika gets angry and throws her purse and photographs.

Anurag arrives and is about to see the photographs when Komolika distracts him. Meanwhile, Shivani praises Prerna’s plan while Prerna is not ready to accept defeat against evil.

Komolika meets Ronit and expresses her anger towards Basus. She gets angry at Anurag and decides to kill Prerna’s child. She wants to shatter Prerna’s world.

Anurag refuses to eat sweets as he is upset about Mohini calling the police. He asks Prerna to take a leave while she doesn’t want to get bored at home.

Prerna agrees to Anurag while Komolika gets worried as Ronit would be waiting on the way to kill Prerna.