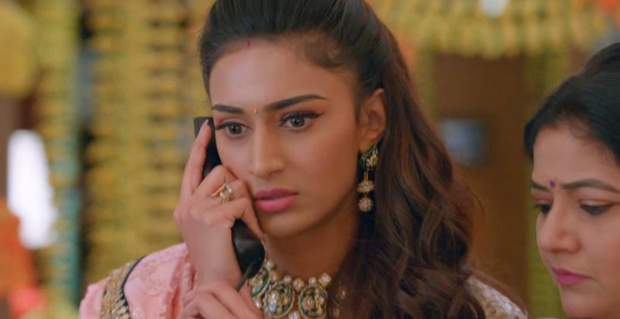 Today's KZK2 11 Feb episode starts with the Sharma family gathering for the engagement ceremony. Daadi asks Shekhar to bring a coconut for the Pooja.

She tells Shekhar that she has doubts about Viraj. Later, Shekhar overhears the same mechanic talking about cutting the brake wire of a car in which a pregnant lady was supposed to sit.

He beats him up and gets the information that the car was of Prerna. Meanwhile, Anurag is not able to put breaks on his car while Shekhar tries to contact Veena.

Komolika is desperate to learn that Prerna is in danger while Ronit informs her of the same. Anurag is not able to stop the car while Shekhar is not able to reach Veena.

Mahesh picks up the call and Shekhar informs him about the failed breaks of the car. Prerna gets shocked to learn this as Anurag is in the car.

Komolika wishes to give the mechanic extra money for his good work while the mechanic is scared about revealing the truth to Shekhar.

Later, Prerna calls Komolika and informs that Anurag is driving the car. Prerna asks her how to fix the car. Komolika thinks Prerna is lying while later she hears the voice of Mahesh.

Prerna leaves to save Anurag while she locks Mahesh and Veena inside the house. Komolika slaps Ronit while mechanic confesses that he told Shekhar.

Upcoming season 2 Kasauti Zindagii Ki (KZK 2) episode update: Mohini learns Anurag is in danger while Prerna attempts to save him.

© Copyright tellybest.com, 2018 & 2019. All Rights Reserved. Unauthorized use and/or duplication of this material without written permission from tellybest.com is strictly prohibited.
Cached Saved on: Thursday 13th of February 2020 07:45:16 PMCached Disp on: Friday 21st of February 2020 11:01:13 AM