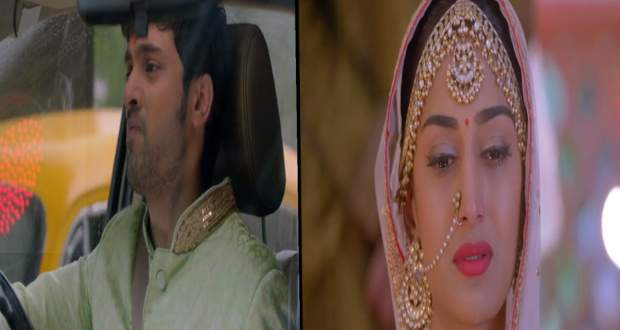 Today's KZK2 11 Jul episode starts with Prerna and Bajaj on the way to get married. Prerna criticizes him for marrying her even when he knows her situation.

He expects her to be loyal even if she loves Anurag. They both reach the temple to get married.

Meanwhile, Anurag is getting ready for his marriage. Anupam puts a black dot to save his happiness from any evil.

Bajaj sits in the mandap while Prerna is still preparing herself. She finally sits, and Pandit starts the rituals.

Meanwhile, Ronit is pissed at Mr. Bajaj for betraying him. He comes to know at the same time Anurag and Prerna’s marriage preparations are also going on.

Anurag performs rituals for his wedding and gets hurt in the process. For a moment, he imagines Prerna by his side.

Anurag receives a text to get a gift in his room. He goes into his room and finds Ronit there. He calls the police to complain against him but stops when he sees a video of Prerna and Mr. Bajaj getting married.

Anurag gets restless to learn this and runs to stop them.