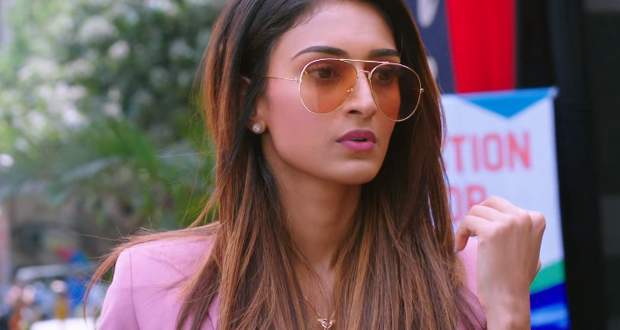 Today's KZK2 11 Mar episode starts with Komolika asking Nivedita and Mohini about their conversation. Nivedita says she was praising her while Anurag arrives at the same time.

He is confident that he will get the land in the auction. Komolika interrupts Nivedita while Anurag taunts Komolika of being a better planner than him.

Anurag ignores Komolika and leaves with Kaushik. Meanwhile, Prerna is very interested in a project and receives a call from Bajaj. She promises that she will bring profit through this deal as well.

Later, Prerna and Anurag bump into each other and Prerna recognize his voice. She doesn’t show her face and wishes to spoil every dream of Anurag.

Elsewhere, Kukki asks Kaushik to return his earring while Kaushik makes fun of her when he learns that she is there for the bidding. Kaushik returns her earring and also helps her wear it.

Nivedita reaches her office and wishes to watch the live auction. The bidding starts and Anurag is not able to see Prerna’s face. Anurag bids first for the land followed by some other companies.

Komolika asks Mohini to pray to her and get what she wants. She further asks Mohini to open the door instead of the servants. Later, Prerna bids 50 crore for the land and Anurag knows she wants to spoil her dream.

Upcoming season 2 Kasauti Zindagii Ki (KZK 2) episode update: Prerna confronts Anurag and reveals she is there to destroy him.

© Copyright tellybest.com, 2018 & 2019. All Rights Reserved. Unauthorized use and/or duplication of this material without written permission from tellybest.com is strictly prohibited.
Cached Saved on: Saturday 6th of June 2020 09:07:53 PMCached Disp on: Saturday 4th of July 2020 11:55:18 AM