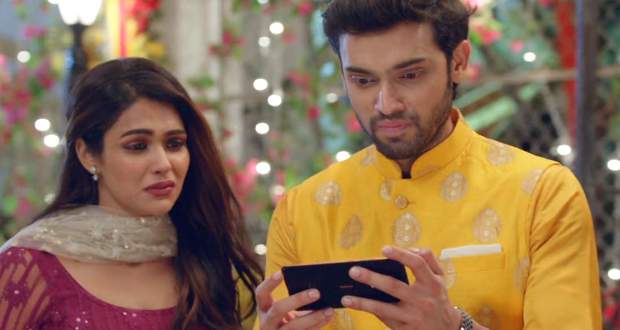 Today's KZK2 11 Oct episode starts with Anurag apologizing to Anupam for hurting him. Anupam again starts blaming Prerna while Anurag can’t listen to even a single word against her.

Anurag wants Prerna to understand his love while Prerna thinks about leaving the house. Bajaj asks to get a mansion ready within 2 days.

Bajaj is delighted to get his family while Anurag wonders why Prerna married Bajaj. Anurag keeps his phone on the balcony and later learns Bajaj got himself attacked.

Bajaj also admits he loves Prerna and is confident about her trust for him. He later sees Prerna and his whole behavior changes.

Anurag tries to explain he is innocent while Prerna still believes Bajaj. He further promises Prerna that he will talk to her only when he has proof against Bajaj.

Tanvi wishes to talk to Anurag while Sharda doesn’t want her to have a soft corner for Basus. Meanwhile, Prerna explains Bajaj the bond she shares with Anurag.

Prerna says she is ready to leave the house but still believes Anurag is not doing anything wrong. She further confesses why she married Bajaj.

Shivani calls Anurag at the main gate and gets worried for him. Later, Anurag sees the video of Prerna confessing the reason why he married Bajaj.

Upcoming season 2 Kasauti Zindagii Ki (KZK 2) episode update: Anurag tells Bajaj that he has learned the truth while Komolika makes an entry in a different avatar.

© Copyright tellybest.com, 2018 & 2019. All Rights Reserved. Unauthorized use and/or duplication of this material without written permission from tellybest.com is strictly prohibited.
Cached Saved on: Friday 31st of January 2020 10:41:46 AMCached Disp on: Thursday 20th of February 2020 07:54:47 PM