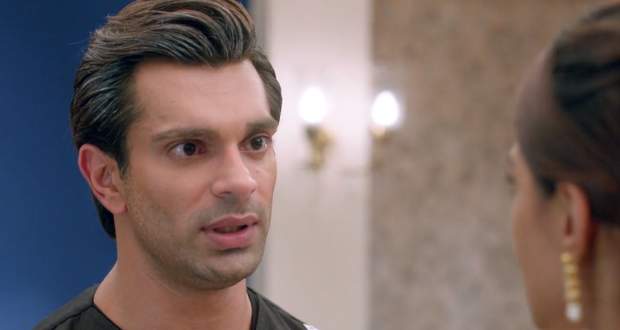 Today's KZK2 11 Sep episode starts with Bajaj trying to explain the accident situation. Prerna accuses Bajaj of trying to kill Anurag. Bajaj tries to prove he is innocent but Prerna asks why he left without helping.

The doctor tells Shivani to call someone who is close to Anurag. She decides to call Mohini and inform her about the accident.

Meanwhile, Prerna warns Bajaj that she will not let him hurt Anurag. Bajaj explains he lost his senses and was in immense anger when he hit Anurag.

Prerna informs him that Anurag is in a critical condition and is in the hospital. At the same time, Sharda Maasiji decides to fake her sickness to put Prerna in a dilemma.

Mohini reaches hospital and wishes to meet her son. The doctor informs that Anurag is not responding and someone close needs to talk to him.

Prerna says Bajaj has to give answers to all the questions if something happens to Anurag. Meanwhile, Mohini meets Anurag and tries talking to him.

Nivedita also tries to get him conscious by talking to him. Shivani realizes only Prerna can help in Anurag’s recovery.

Bajaj wants to tell Mohini the truth while Prerna says she will also come along.

© Copyright tellybest.com, 2018 & 2019. All Rights Reserved. Unauthorized use and/or duplication of this material without written permission from tellybest.com is strictly prohibited.
Cached Saved on: Tuesday 7th of July 2020 11:09:17 AM