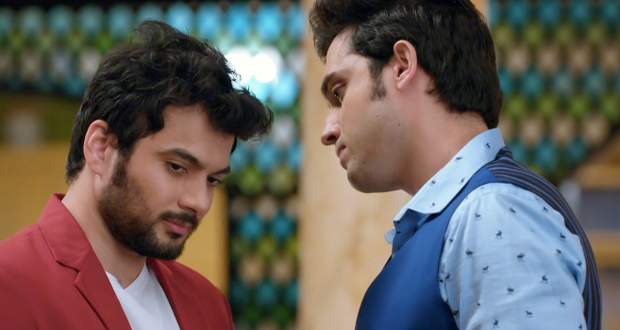 Today's KZK2 12 Aug episode starts with Prerna asking Anurag to leave her house. Anurag uses reverse psychology and insults Shivani. He says Shivani is not worth his brother-in-law.

He calls Prerna middle class as well and advises Shivani to not marry Ronit. Anurag later accuses Prerna of fulfilling her dreams using her sister.

Prerna asks Shivani to break her wedding as Anurag is telling the truth. Later, Anurag confronts Komolika about getting Ronit and Shivani engaged.

Komolika reveals if she dies all of a sudden, all her precious belongings will go directly to the police. Anurag threatens to harm Ronit if Komolika plays smart.

Prerna tells Bajaj about Anurag’s arrival while Bajaj compliments her. Layer, Anurag confronts Ronit about getting engaged to Shivani. He warns Ronit of not harming Shivani.

© Copyright tellybest.com, 2018, 2019, 2020. All Rights Reserved. Unauthorized use and/or duplication of this material without written permission from tellybest.com is strictly prohibited.
Cached Saved on: Monday 28th of September 2020 11:41:10 AM