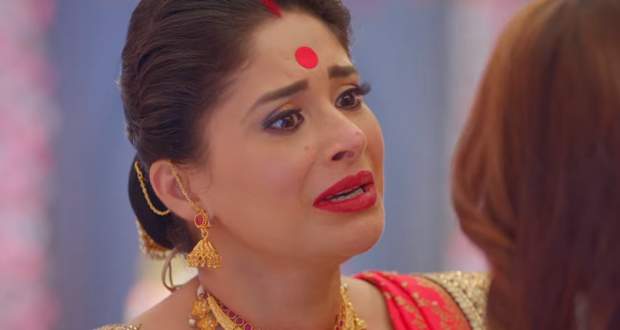 Today's KZK2 12 Feb episode starts with Komolika getting mad at Ronit. She reveals that Anurag is in the car and gets in her car to save Anurag.

Anurag continues to think about Prerna and her memories. Prerna remembers the time when she lost Anurag while Anurag confesses that he likes her.

Anurag thinks that he will not be able to meet Prerna and confesses that he feels something for her. Meanwhile, Shivani learns that Prerna has locked Veena and Mahesh in the house.

Shivani feels Anurag will be alright as Prerna is with him. Mohini overhears the conversation and gets worried about Anurag. Elsewhere, Anurag wonders if friends can be so close and loving for each other.

Anurag wants to tell her what he feels while Prerna asks her to reveal face to face. Later, Mohini gets really upset for Anurag while Nivedita tries to console her.

She reveals in front of Viraj that Anurag is sitting in the car in which Prerna was supposed to sit. Elsewhere, Prerna instructs Anurag to take the car to a sloppy area so that the car can slow down due to friction.

Veena tries to find out about Prerna while Mohini accuses her of putting bad omen on Anurag.

Upcoming season 2 Kasauti Zindagii Ki (KZK 2) episode update: Shekhar asks Prerna to come along with Anurag while later they get in danger.