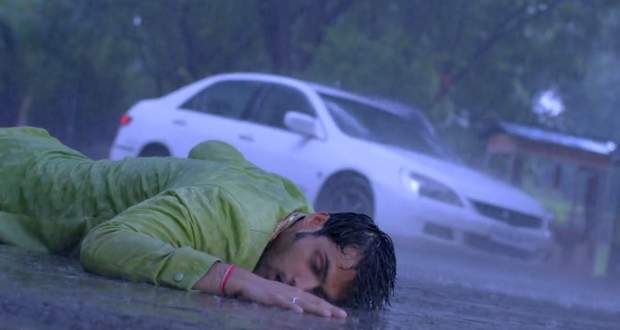 Today's KZK2 12 Jul episode starts with Anurag on the way to stop Prerna. Meanwhile, the rituals of Prerna and Mr. Bajaj’s wedding are still going on.

When Anurag is not able to start his car, he runs to the temple to stop the marriage.

Mr. Bajaj is about to put Sindoor on Prerna when Anurag arrives to stop the marriage. He starts questioning her actions.

Anurag wants her to tell everyone she loves him. She says she loves him and wants to get married only to Anurag.

He tells her not to fear anyone and get married to him. They both perform all wedding rituals, but it all turns out to be Anurag’s dream.

He finds himself standing in the middle of the road imagining his marriage. On the way, he gets hit by a car and gets unconscious.

Meanwhile, the rituals of Prerna and Mr. Bajaj’s marriage complete.

Veena is preparing for Prerna’s marriage and calls Prerna, who is not picking the call. Nivedita calls Veena to enquire if Anurag is there.

Later, many people gather around Anurag who is lying just outside the temple.

Prerna gets out of the car and starts walking toward an unconscious Anurag.