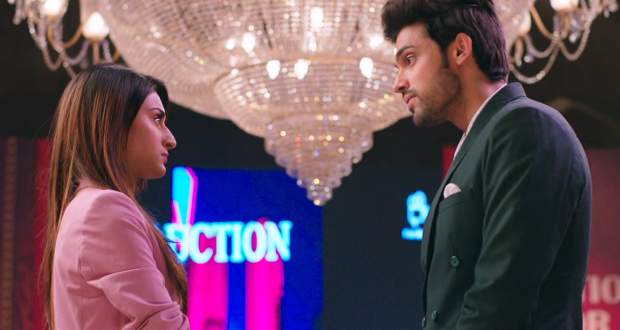 Today's KZK2 12 Mar episode starts with Nivedita getting upset over not being able to see the auction. The bidding continues and Prerna calls Bajaj for confirmation.

Baja approves the bid while Kaushik and Kukki are unable to enter the auction. Meanwhile, Komolika asks Mohini to make coffee for her while Mrs. Banerjee is shocked.

Prerna wins the bidding and Anurag goes to congratulate her. He is unable to see her face and feels surprised that someone else is interested in buying the land.

He says that she won’t be able to make the residential area as he has the land opposite it. Prerna says the dealing which is a loss for Anurag is always profitable for her.

Prerna and Anurag finally come face to face and remember their past memories. Anurag decides to stay strong in front of her and shows his fake hatred for her.

He calls her middle class and wants to know why she has returned. Prerna suggests that Anurag is scared while Anurag reminds her that he pushed her out of his life.

Komolika learns that Anurag lost the bet by some girl and gets angry. Later, Kaushik and Kukki again get into a fight while Prerna and Anurag are stuck in the lift.

The lift stops and Anurag and Prerna get into an argument. Anurag suggests Prerna has invested in the wrong place while Prerna says he has lost a bigger amount.

© Copyright tellybest.com, 2018 & 2019. All Rights Reserved. Unauthorized use and/or duplication of this material without written permission from tellybest.com is strictly prohibited.
Cached Saved on: Thursday 9th of April 2020 03:16:32 AMCached Disp on: Saturday 11th of April 2020 12:30:45 AM