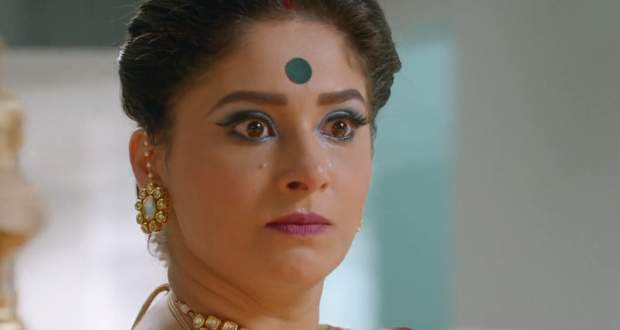 In the hospital, Mohini and others are informed to move out while Anurag gets unstable. Mohini decides to pray to Lord Ganesha to save her son.

She swears she will not eat or drink anything till her son gets better. She further says she will not pray any God till she gets her Anurag back.

Later, Shivani reveals that Bajaj is responsible for Anurag’s accident in front of Nivedita and Mohini.

Sharda Maasi enacts of being unwell and is taken to the hospital by Bajaj. He tells Prerna to go meet Anurag while he takes care of Maasi.

Mohini stops Prerna from meeting Anurag while Prerna is adamant to go near him. She enters his room and feels helpless seeing his condition.

She tries to wake him up and Anurag responds with Prerna’s voice. The doctor tells Prerna to wait outside while he observes Anurag.

He calls out for nurse and Mohini thinks Anurag’s condition has gotten worse. She pushes Prerna but Bajaj is there to catch her. Mohini says Prerna is bad luck and blames them of killing people.

© Copyright tellybest.com, 2018 & 2019. All Rights Reserved. Unauthorized use and/or duplication of this material without written permission from tellybest.com is strictly prohibited.
Cached Saved on: Thursday 16th of July 2020 06:22:16 PM