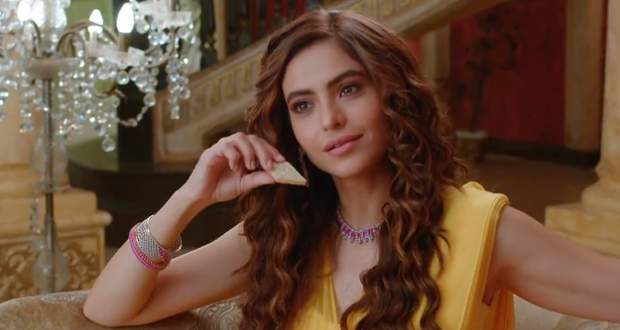 Today's KZK2 12 Sep episode starts with Anurag being unable to concentrate on his work. He recalls Bajaj’s words and knows Bajaj is worried about Anurag knowing his truth.

Prerna comes to meet Priyanka in the orphanage but she is not there. One of the workers asks Prerna to wait as he will call Priyanka’s elder sister to meet him.

He asks Priyanka’s sister to meet Prerna while she wonders if she is the same Prerna who left her daughter all alone in the Aashram. A back story reveals that Komolika told her a lie about Prerna leaving Sneha for money.

Anurag’s car brakes fail and he stops the car all of a sudden. Moloy asks him what’s wrong while Anurag is afraid to die. He wants to make things right till Diwali.

He later calls Bajaj and tells his plans for Diwali. He suggests that Prerna will return home while Bajaj is sure Anurag will create troubles for him. Meanwhile, Prerna comes across a child named Sneha and misses her own daughter.

At the same time, Samidha comes and enquires what’s wrong with her. Priyanka also comes and Prerna hands her the papers of the orphanage to her.

Priyanka’s sister finds Prerna hugging Samidha and gets shocked. Elsewhere, Komolika enjoys her victory and brags in front of Nivedita. Nivedita is not happy with Komolika’s attitude.

Mohini wants Nivedita to smile while Nivedita doesn’t like Komolika’s way of getting 51 percent shares. Mohini reminds her that Komolika has done a lot for the family.

Nivedita is convinced by Mohini’s explanation and wishes to celebrate Komolika’s achievement.