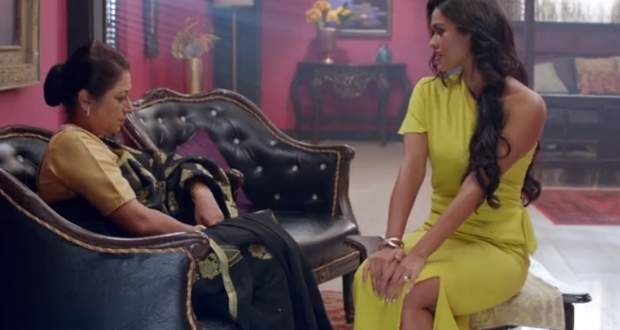 Anurag deciding to attend the meeting. Later, Mr. Bajaj returns home and enquires about Cookie. Mausiji and Tanvi tell him she was playing with Prerna.

Bajaj asks Prerna about Cookie’s whereabouts while Mohini and Nivedita start berating her for not being able to take responsibility.

Bajaj gets mad at Prerna for not taking proper care of his daughter. Nivedita overhears him telling Prerna that he married her just to take care of Cookie.

Tanvi finds Cookie in the storeroom unconscious. Muasiji calls the doctor and later asks Tanvi what happened with Cookie.

The whole thing turns out to be their plan. Mausiji took Cookie in the storeroom while Tanvi scared her using a white cloth and weird voices.

Mausiji says she wanted Tanvi to get married to Rishabh and Prerna spoiled her plan. She further says there is still hope as Bajaj doesn’t have feelings for Prerna.

Meanwhile, Bajaj gets relieved when Cookie gets conscious. Cookie gets close to Prerna and they start talking. She tells Prerna that door got closed and lights also went off.

Later, Mausiji talks to Bajaj and asks him not to behave like a maid with Prerna.