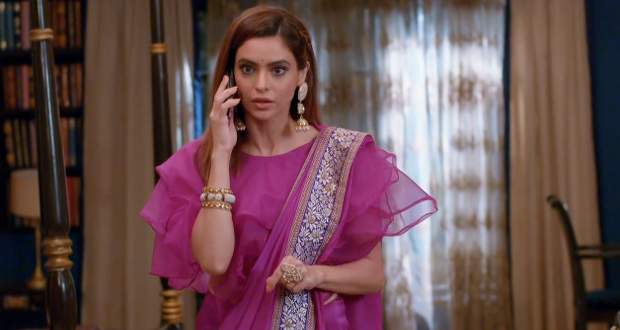 Today's KZK2 13 Aug episode starts with Komolika telling Ronit that she saw a girl at Prerna’s place. She asks Ronit to find information against Prerna fast.

Bajaj is all set to go back to London for some work. He further says he trusts Prerna a lot. Bajaj ignores Kuki and leaves while Prerna wonders what caused differences between them.

Kukki is called at the principal’s office while Kaushik follows her with a bag. Meanwhile, Ronit tells Komolika that Prerna has donated a large amount of money to an orphanage.

Komolika asks for the address of the orphanage. She is also sure Samidha is the biggest weakness of Prerna. She decides to harm Samidha in order to hurt Prerna.

Anurag meets Moloy and assures him that he will not let anything happen to Shivani. Meanwhile, the principal accuses Kukki of leaking the exam papers.

Kaushik remembers that he leaked the papers using Kukki’s phone. Elsewhere, Komolika reaches the orphanage where Prerna has donated a lot of money.

Komolika wishes to hire Priyanka for the decoration of her house. Priyanka praises Prerna a lot while Komolika later finds Samidha.