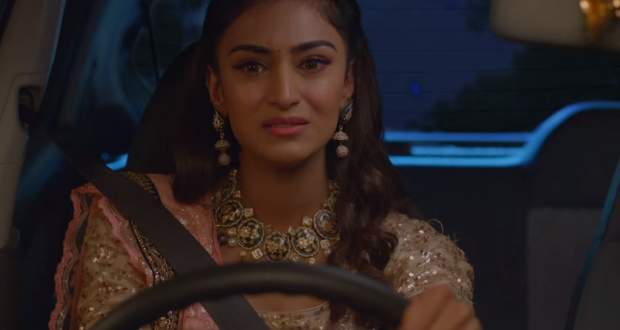 Today's KZK2 13 Feb episode starts with Prerna asking Anurag to go near the sloppy area. She picks up Shekhar’s call and Veena scolds her for being irresponsible.

Veena asks to return at the same time while Shekhar asks Prerna to save Anurag and then return. Veena and Shekhar argue over Prerna’s love.

Prerna reaches near Anurag’s car and asks him to promise. Meanwhile, Ronit informs Komolika that Anurag is taking the car towards the cliff.

Prerna asks Anurag to come inside her car through the window while Anurag is not able to open his seat belt. Anurag gives up as he is not able to cut the belt.

Prerna decides to overtake his car and hit breaks to stop his car. She gets dizzy while her car stops just at the end of the cliff. Prerna thinks that she is going to die while Anurag decides to save her.

He saves Prerna by getting her out of the car while Komolika gets disappointed as Prerna survived. She wishes nobody helps them but Anurag gets a taxi to the hospital.

Komolika asks Viraj to show concern for Prerna and get engaged to her. Elsewhere, Prerna gains consciousness in the hospital while Anurag reveals that he got scared.

Upcoming season 2 Kasauti Zindagii Ki (KZK 2) episode update: Veena wants Prerna to get engaged to Viraj while Prerna challenges Komolika that she will get her out of Basu Baadi within 3 days.

© Copyright tellybest.com, 2018 & 2019. All Rights Reserved. Unauthorized use and/or duplication of this material without written permission from tellybest.com is strictly prohibited.
Cached Saved on: Saturday 6th of June 2020 11:24:31 PMCached Disp on: Saturday 4th of July 2020 11:37:44 AM