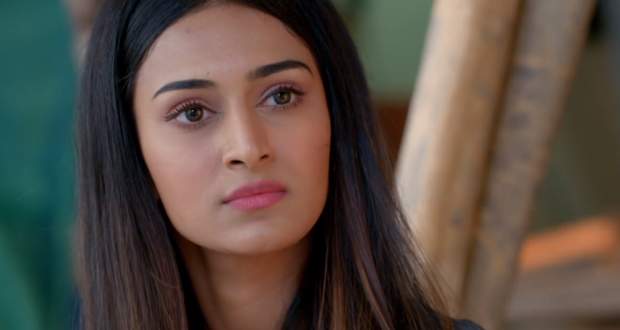 Today's KZK2 13 Jul episode starts with Prerna taking Anurag to the hospital in an injured condition. The doctor wants consent from his family member before starting the operation.

Prerna reveals that she is his wife and signs the consent form. The story prior to one hour is shown where Prerna is trying to convert residential property to commercial property.

Prerna gets successful while later she finds Anurag outside the office. She decides to hide away and ends up in a construction area. Anurag also follows her and asks her not to move forward as there might be a risk.

Prerna keeps moving and they both get into an argument. Anurag suggests that Prerna wants to get close to him and that’s why came to a dangerous site.

Anurag keeps on insulting her on purpose so that she moves away from the site. Their argument is interrupted by the crumbling of the construction site.

They both sit under a table to save themselves and feel the connection again. Prerna reminds him his betrayal while at the same time, Anurag meets with an accident at the construction site.

Prerna is again seen standing in the hospital and signs the consent form to save Anurag. Meanwhile, Komolika is waiting for Anurag to return from the office.

She calls him from Mohini’s phone and the nurse picks up. Komolika learns that Anurag is in hospital and Prerna has saved him as his wife.