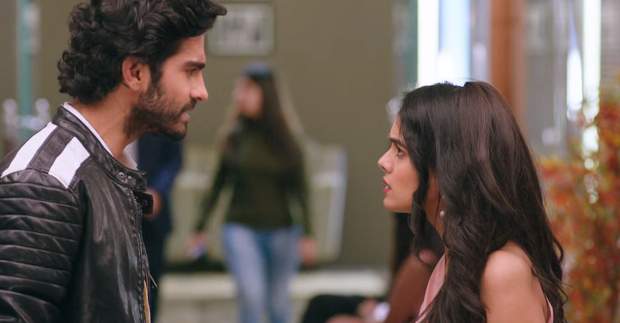 Today's KZK2 13 Mar episode starts with Kukki and Kaushik fighting over Prerna and Anurag. Meanwhile, Anurag receives a call from Komolika and asks her to talk later.

Prerna also receives a call from Bajaj who enquires about the situation. Kukki and Kaushik get the lift repaired while Prerna tries to open the door but her fingers get stuck.

Anurag helps her remove the fingers and later the lift opens. Kukki witnesses their encounter in the car and wonders what is going on between them.

Anurag and Prerna drop Kaushik and Kukki respectively in the same college. Later, Anurag reaches home and Mohini asks who he lost to.

Anurag decides to hide Prerna’s return to save her from Komolika. He further says he has organized a party the next day. Meanwhile, Prerna sees Veena but decides to meet her later.

Bajaj calls her and asks her to take care of herself. Elsewhere, a girl fakes getting molested by Kaushik in front of Kukki and Kukki complaints to police.

Kukki and Kaushik get into an argument at the police station. Later, Kukki learns that Naina loves Kaushik and wanted to scare Kaushik to get him.

Anurag wonders if he should have told Prerna the truth but thinks Prerna should hate him.