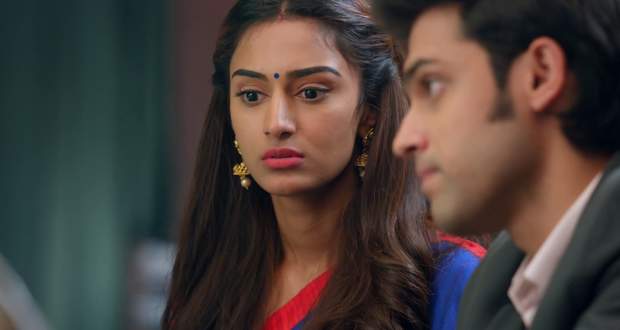 Today's KZK2 13 Nov episode starts with Komolika asking Ashish to keep a secret and do as she says. She asks him to get Prerna thrown out of the office and get her arrested.

Ashish accuses his secretary Surbhi of stealing documents. Anurag asks Ashish to not call the police for a female employee while the police arrive at the same time.

Ashish further accuses Prerna of leaving the job and stealing the document. Police check Prerna and Surbhi’s belongings. The constable finds the document in Prerna’s bag.

Anurag tries to defend Prerna while police ask to bring proof that Prerna is innocent. Anurag gets angry at Ashish and fires him.

Anurag decides to find out the real culprit while Komolika is sure he can’t suspect him. Later, Mohini gives Shagun to Komolika for Sindhoor Khela.

The receptionist tells Anurag that Ashish never liked Prerna. Anurag confronts Ashish and enquires about his problem with Prerna.

He further gets angry at Ashish for talking against Prerna. He also asks him to show the CCTV footage while Ashish gets scared.

The footage shows a man with a cap putting the envelope of documents in Prerna’s bag. The man is Ashish and he decides to reveal Komolika’s name if he gets caught.

Anurag arrives at the police station with proof of CCTV recording.