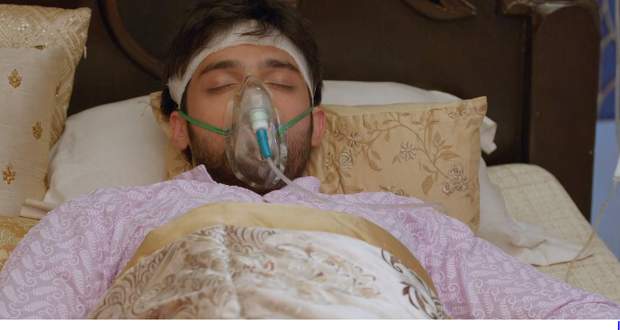 Today's KZK2 13 Sep episode starts with Bajaj taking Prerna’s side in front of Mohini. He further accepts Anurag was hit by his car. He also warns not to touch Prerna and misbehave with her.

They all continue to argue and at the same time police comes enquiring about Mohini. Mohini informs the police that Mr. Bajaj has done Anurag’s accident.

She further says Shivani is the eyewitness of the whole accident. Police enquire if Shivani has seen Bajaj speeding up and hitting Anurag.

Police don’t arrest Bajaj as Shivani has not seen the accident happening. He further reveals Bajaj came in the police station to talk about the accident.

Later, Mohini brings Anurag home for the treatment. Maloy comes to meet him and gets emotional. The doctor sees the vitals changing on the monitor and calls for the nurse.

Meanwhile, Sharda comes to talk to Prerna and starts praising her nature. She further says to break ties with the Basu family.

Prerna meets the doctor who says Anurag is in a critical condition. At the same time, Sharda is trying to brainwash Bajaj in believing Basus should not live with them.