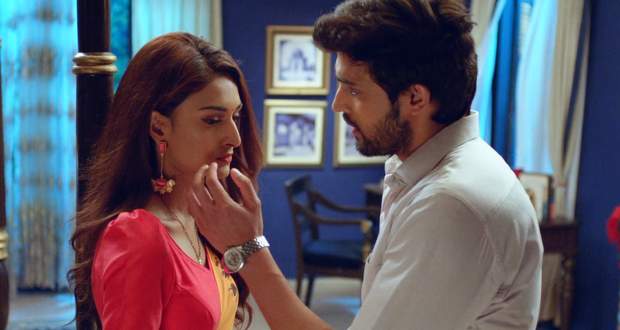 Anurag confronts Prerna about Bajaj’s behaviour towards her. He says Mr. Bajaj has no right to insult her and treat her like a Nanny. Meanwhile, Bajaj is talking to his daughter and realizes he needs to apologize for his behaviour.

Prerna wants Anurag to stay out of her family matters. Anurag, on the other hand, wants Prerna to reveal her true feelings.

He further tells her she can fool the whole world but not him. Prerna runs away from him, while Anurag is pleased to see love in her eyes.

Anurag tells Nivedita that he thinks Prerna still loves him. Nivedita tries to console him in not being delusional. He books tickets for London.

He tells Nivedita that he is going to meet an investor to save Basu house. Later, Bajaj and Anurag get into an argument over Prerna and deals they have made.

Anurag believes Bajaj has no emotions while Bajaj says some of his deals are personal as well. He further warns Anurag that London investors are dangerous to work with.