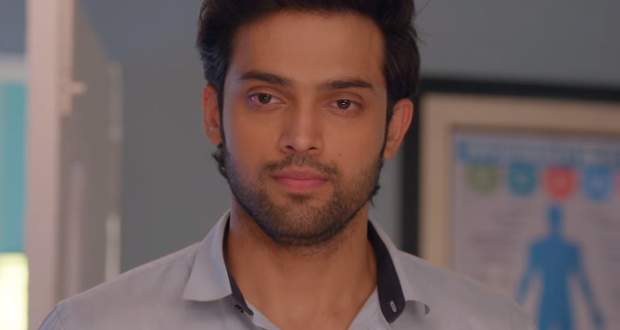 Anurag also informs Veena and Shivani that Prerna is alright. Veena is disturbed and decides to separate Anurag and Prerna. She further wants Prerna to get engaged to Viraj.

Moloy and Anupam watch news wherein they learn Anurag is in City hospital. Anupam informs further about the same to Mohini and Nivedita.

Viraj wants Anurag to make Prerna understand that she needs to care about her baby as well. Viraj gets a call from Sonalika who asks him to meet her outside.

Komolika asks Viraj to contact Natara and ask her to stay away. Viraj states that Natara is his wife and he loves her. Later, Anurag arrives outside and witnesses Viraj seeing off a girl.

Some boys start talking about Viraj having an affair while Anurag grows suspicious. Viraj lies that he was meeting his mom. Anurag further doesn’t feel right about Viraj when he expresses his feelings.

Basus and Sharma family learn that Anurag and Prerna are already being discharged. Meanwhile, Anurag has taken Prerna to Basu Baadi.

Later, Prerna refuses to get engaged as her hand is injured and she can’t wear a ring. Komolika asks Ronit to kill the mechanic while Prerna overhears this. She confronts her and is sure that her love will win.

Upcoming season 2 Kasauti Zindagii Ki (KZK 2) episode update: Prerna reveals that she did the drama of injured finger while Shekhar tries to reach the mechanic.