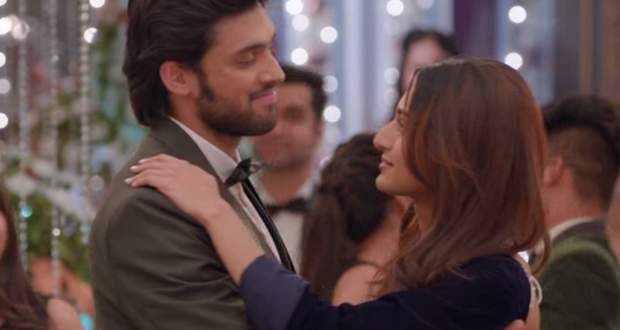 Today's KZK2 14 Jan episode starts with Anurag getting jealous of Viraj and Prerna’s closeness. Anurag calls Sonalika aka Komolika to come to help him.

Meanwhile, Viraj is confused as to how he can like Prerna in such a little time. Veena listens to his declaration while Komolika asks Ronit to kidnap Prerna.

Later, Shivani sees Ronit disguised as a waiter and follows him. Ronit seeks Komolika’s help and Komolika distracts Shivani by talking to her.

Viraj and Anurag approach towards Prerna while Prerna continues to look at Anurag. Later, Shivani again watches disguised Ronit and follows him.

Komolika asks Viraj to dance with her as Prerna might get tired. Meanwhile, Ronit continues to hide from Shivani while she feels Prerna’s life is in danger.

Prerna and Anurag start dancing with each other while everyone is shocked to see their romance. Viraj wishes to dance with Prerna but Komolika says Anurag likes Prerna.

She instigates him by saying he should make Anurag understand that Prerna is his fiancé. Meanwhile, Anurag remembers his past dances with Prerna.

The waiter’s gang of Ronit instruct each other for their next step. Anurag takes good care of Prerna while Komolika wants Viraj to talk to Anurag.

© Copyright tellybest.com, 2018 & 2019. All Rights Reserved. Unauthorized use and/or duplication of this material without written permission from tellybest.com is strictly prohibited.
Cached Saved on: Monday 6th of April 2020 07:16:27 PM