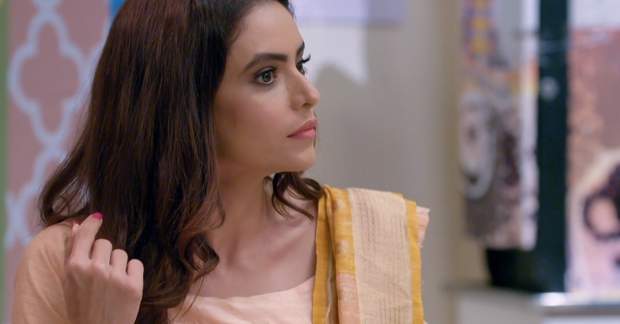 Komolika confronts Prerna about acting Anurag’s wife. She wants to know why Prerna saved him while Prerna says she wants to take revenge from Anurag and he needs to stay alive.

Komolika wants to know Prerna’s feelings for Anurag and reminds her that her daughter also died because of Anurag. Prerna admits that she loves Anurag and agrees to everything else Komolika said.

Komolika gets shocked to learn that Prerna still loves Anurag. Prerna is pleased with her statement and knows it affects Komolika. Meanwhile, Mohini and Nivedita search for Komolika and are later called to meet Anurag.

Anurag asks about Prerna’s well being while Nivedita asks if Prerna caused the accident. Anurag reveals that Prerna saved her while Mohini wants Anurag to take rest.

Komolika gets angry and again wants to meet Prerna while Mohini slaps her to stop her. Elsewhere, Prerna asks Kuki when she will return home and reveals she will make her meet her family.

Kuki meets a friend from London who plans to reveal all the secrets of college and about the smartest guys in the college. Meanwhile, Mohini tries to cover up her mistake and asks Komolika to think with a cool mind.

© Copyright tellybest.com, 2018, 2019, 2020. All Rights Reserved. Unauthorized use and/or duplication of this material without written permission from tellybest.com is strictly prohibited.
Cached Saved on: Tuesday 27th of October 2020 10:39:45 PM