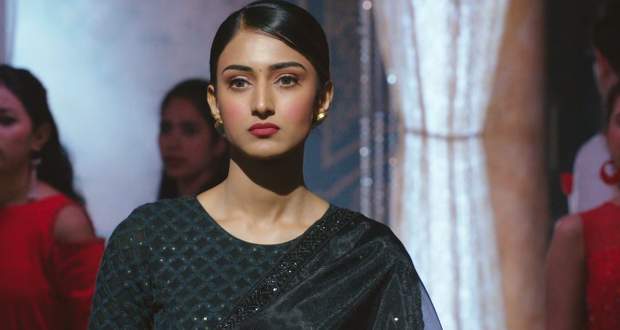 Today's KZK2 14 Mar episode starts with Kaushik and Kukki talking about each other in their respective homes. Prerna asks about Kaushik’s identity while Kukki hides it.

Anurag asks Kaushik to stay ready till 9 pm. Meanwhile, Mohini is scared of Komolika and manages all the organizations of the party. Rakhi and Nivedita want her to relax and share the responsibility.

Mohini explains that everything they own is with Komolika and she has to do it for the family. Later, Kukki’s car breaks down and Kaushik refuses to help her.

Mohini welcomes the guests at the party while Rakhi decides to talk to Komolika. She asks her to be more respectful towards Mohini while Komolika asks her to stay away from her matters.

She says her needs are fulfilled because of her and she should be thankful. Later, Anurag, Nivedita, and Komolika learn that some foreign investors are coming in the party and are ready to invest in their mall project.

The weather gets bad and the light goes off in the Basu Badi. Mohini and Komolika feel Prerna’s presence while later Prerna is seen in the spotlight.

Anurag is introduced with Bajaj and Prerna as foreign investors while Anurag is shocked and realizes the girl with Prerna was Kukki. Bajaj greets Anurag while Mohini thinks Anurag lost the bet on purpose.

Komolika gets hyper and threatens to make Prerna suffer if Anurag has let her win on purpose.

© Copyright tellybest.com, 2018 & 2019. All Rights Reserved. Unauthorized use and/or duplication of this material without written permission from tellybest.com is strictly prohibited.
Cached Saved on: Tuesday 31st of March 2020 05:33:25 PMCached Disp on: Wednesday 1st of April 2020 12:50:42 PM