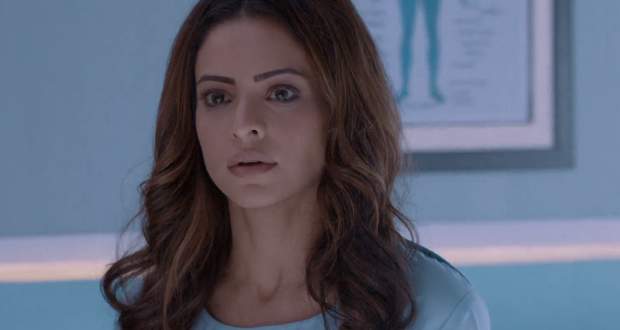 Today's KZK2 14 Oct episode starts with Prerna asking the goddess to show her the right path. Meanwhile, Shivani blames herself for problems in Prerna’s life.

Anurag gets shocked to learn the truth and wishes to talk to Prerna. He comes inside to confront her but she has fallen asleep.

Anurag takes her in his arms and falls asleep. In the morning, Prerna wakes up near Anurag and gets shocked. Anurag tells her that he will always be there for her.

Meanwhile, Komolika is shocked to see her new face and gets violent. She tries to kill the doctor while Ronit comes and stops her.

Anurag blames Bajaj for separating the two people who love each other. He also confronts him about the reason Prerna married him.

Komolika is upset with her changed face while Ronit makes her realize that their father doesn’t care about her.

Later, Ronit admits that he is responsible for Komolika’s face change. At the same time, Anurag says that Bajaj is the devil of today that the goddess will soon destroy.

Ronit tells Komolika that Bajaj and Prerna have married while Anurag is single. She gets delighted with the news and wishes to see Anurag’s recent photograph.