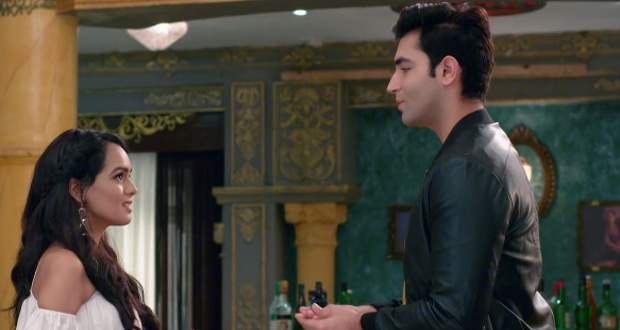 Today's KZK2 14 Sep episode starts with Priyanka telling her sister that Prerna saved their orphanage. Priyanka’s sister is surprised to see Prerna and Samidha happy together and knows their relationship truth.

Meanwhile, Kaushik tells Nivedita that he has made a mistake and has hurt someone. Nivedita remembers Anurag’s words and asks him to make things right.

Nivedita brings champagne for Komolika to celebrate their victory in business. Nivedita asks her further plan about business and even her plans for Prerna.

Anurag comes at the same time and Komolika rushes to hide the files. Anurag gets suspicious and asks what Komolika is hiding while Nivedita distracts him.

Nivedita takes the file and Anurag wishes to recheck the file. Nivedita shows him the file while Komolika gets scared. Meanwhile, Kaushik visits Kuki’s place and is hesitant to speak the truth.

Anurag is about to open the file while Komolika distracts him by talking about Prerna. She talks against her while Nivedita leaves to attend the meeting along with the file.

Anurag is angry with Komolika for again and again talking against Prerna. Later, Kaushik gets scared as he learns Kuki hates liars and leaves the Bajaj house. Meanwhile, Anurag is suspicious and is sure Komolika and Nivedita are hiding something.

Prerna wants to know more about the fire while she doesn’t want to talk as she is not comfortable. She also lies about being in a fire in Delhi. Prerna gets suspicious of her behavior.