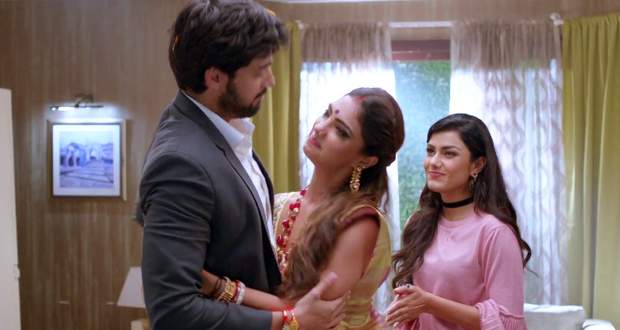 Today's KZK2 15 Aug episode starts with Prerna realizing she gets peace when she is near Cookie. Later, Bajaj explains his situation while Prerna says she understands the pain he feels.

In the morning, Prerna enquires about her mother from Shivani. She later calls at Vyaas’s office to talk to Veena.

Prerna says she can help her financially if she wants but Veena denies her proposal. Meanwhile, Nivedita wants to celebrate Rakhi with Anurag.

Tapur and Nivedita tie Rakhi on Anurag’s hand and receive gifts from him.

Mr. Bajaj tells Prerna to solve her mother’s problem while Prerna wonders what sort of past experiences Bajaj had which changed him.

Maasiji and Mohini get in an argument at the breakfast table. Mohini mocks Maasiji for living with Bajaj while Maasiji mocks Nivedita for living in her mother’s house after marriage.

Later, Cookie runs over to Prerna which shocks Tanvi and Maasiji. They make a plan to insult Prerna at Cookie’s grand birthday party.

Meanwhile, Maloy feels helpless for not being able to do anything for his family. Prerna gets mad at Bajaj for behaving rudely with Maloy.

Bajaj wants Prerna to concentrate on her real relations, including her mother.

© Copyright tellybest.com, 2018 & 2019. All Rights Reserved. Unauthorized use and/or duplication of this material without written permission from tellybest.com is strictly prohibited.
Cached Saved on: Thursday 2nd of April 2020 05:47:47 AM