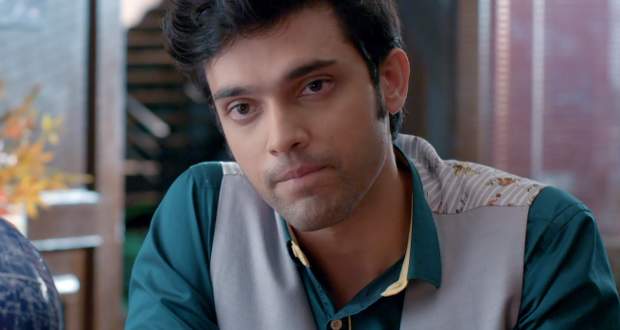 Today's KZK2 15 Aug episode starts with Prerna accusing Anurag of rusticating Kukki on purpose. She accuses him of taking revenge from her while Anurag is not able to understand.

Anurag feels guilty for hurting Prerna and wonders about Kukki’s matter. Later, Anurag learns that he has signed the rustication papers of Kukki.

Meanwhile, Suman comes to help the Sharma family for the preparations and wonders how Anurag turned out bad while Ronit helped her always.

Anurag takes a stand for Kukki and wants the Principal to understand that Kukki can’t do such a thing. The principal says until the inquiry is finished, Kukki can’t come to college.

Anurag asks her to solve the matter quickly and get Kukki to join the college. Elsewhere, Komolika is searching for some clue and finds a file with the name of the same orphanage.

She finds something very important in the file and is adamant to stop Prerna. Later, Kaushik helps Prerna in starting her car and learns that Kukki is rusticated.

Komolika is excited for the next day and wants to show her closeness with Anurag. Later, Kukki wants Prerna to concentrate on Shivani’s Sangeet.

Anurag feels guilty for rusticating Kukki and reveals his feelings in front of Moloy. Moloy consoles him and doesn’t want him to blame himself for a mistake. Anurag reveals that he is going to meet Sneha the next day.