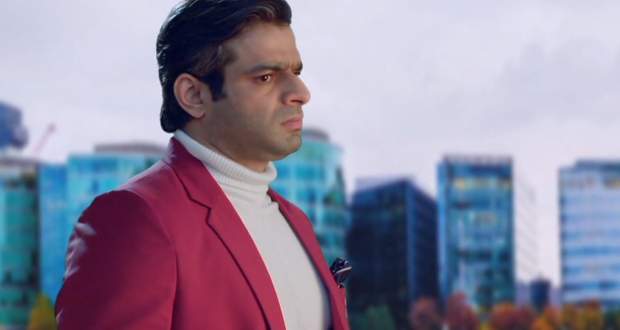 Today's KZK2 15 Jul episode starts with Kaushik making an entry in the college and flirting with a girl. Anushka has a crush on him while Kuki is shocked she likes him.

Kaushik hears Kuki’s insult and gets angry. Meanwhile, Komolika calls Bajaj and tells him that Prerna has signed as Anurag’s wife at the hospital.

She also reveals that Prerna admitted she loves Anurag. She entices him against Anurag and Prerna’s relationship while Bajaj knows Komolika is instigating him against Prerna.

Bajaj disconnects the call but gets suspicious of Prerna’s intentions. He plans to return to Kolkata and gets his tickets booked. Later, Bajaj calls Prerna and enquires about her intentions.

Prerna also reveals her business plan and Bajaj is proud of her. Prerna also wants to throw a party to announce their Bajaj city. Meanwhile, Kaushik is upset about Kuki coming in her way.

He makes a plan to take revenge from Kuki by trapping her friend. Later, Kuki meets Prerna’s family and gets extremely excited and happy.

Shivani gets a call and disconnects it while Prerna is sure something has changed in the past 8 years.

© Copyright tellybest.com, 2018 & 2019. All Rights Reserved. Unauthorized use and/or duplication of this material without written permission from tellybest.com is strictly prohibited.
Cached Saved on: Wednesday 12th of August 2020 08:10:01 AMCached Disp on: Saturday 15th of August 2020 10:44:28 AM