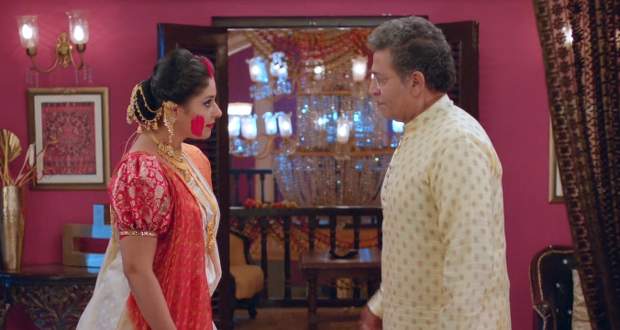 Mohini asks Prerna to come along as she wants to give something to her. Meanwhile, Veena searches for a new job for Prerna.

Mohini accuses Prerna of following Anurag and making him fall in love with her. At the same time, Anurag comes and says the same thing that their destiny is the same.

She further suggests Mohini that she should talk to Moloy. Mohini takes her advice and decides to confront her husband. They get into an argument while Moloy thinks maybe Anurag will regain his memory.

Mohini says the Prerna’s baby might be of Bajaj while Moloy gets angry and slaps her. Later, Komolika decides to kill Anurag and Prerna’s baby.

Moloy also threatens to leave the house with Anurag and Prerna. In the morning, Komolika tricks Mohini in coming to her room and watching the wall of pillows on their bed.

She further asks Mohini to plan their honeymoon so that they can come closer.