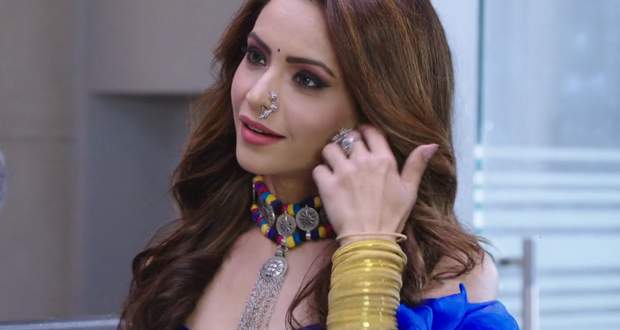 Today's KZK2 15 Oct episode starts with Anurag saving Tanvi from some goons. Tanvi tells Anurag about the goons that Bajaj hired to get himself attacked and put the blame on Anurag.

Anurag and Anupam threaten to kill the goon that was hired by Bajaj. He takes Bajaj’s name and also reveals Bajaj wanted to trap Anurag.

Meanwhile, Komolika is all ready to get discharged. At the same time, Prerna finds an old anklet given by Anurag. Kuki comes and ties it around Prerna’s ankle.

Prerna wishes to go to her parental house and wants to take Kuki along. Later, everybody is awestruck with the beauty of Komolika in the hospital.

She sees Anurag’s recent photograph and declares she is returning in his life. Meanwhile, Anurag confronts Mr. Bajaj and enquires about Prerna.

He learns Prerna is not at home and Mohini also arrives to get Anurag away from Bajaj. Mohini is worried while Anurag consoles her.

Prerna gets a massage from her Daadi who asks her about the reason for getting married to Bajaj. Prerna reveals the marriage was a deal to save Anurag.

Anurag feels bad that Prerna has suffered a lot because of him. Bajaj overhears him talking about proofs against him.